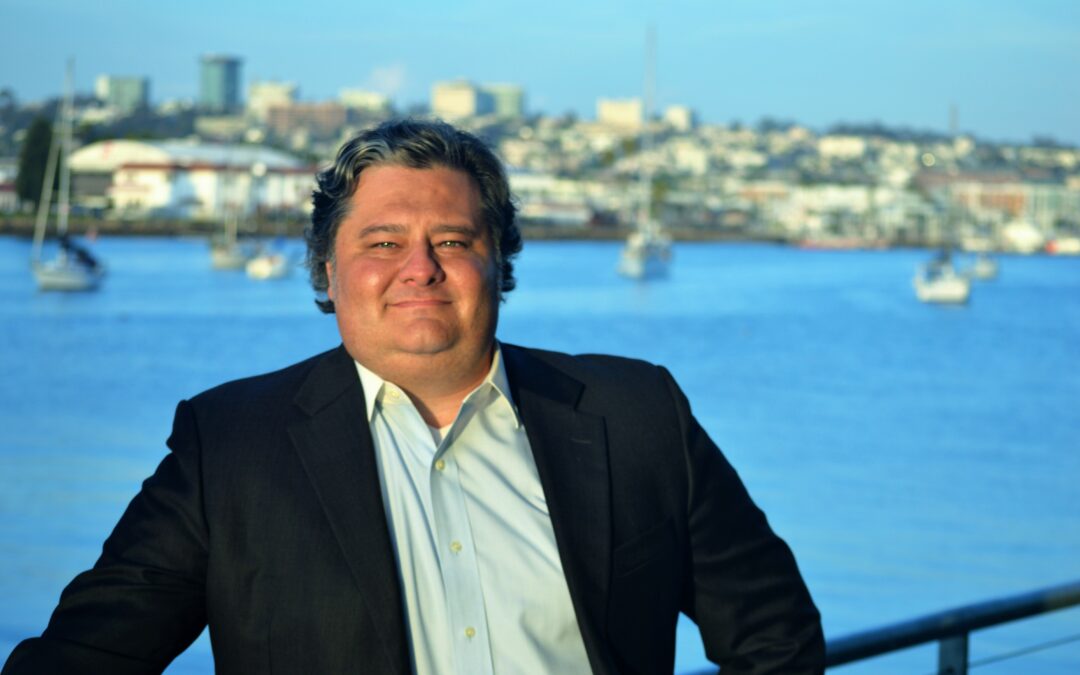 In September, our team at Innovative Capital Corporation welcomed our newest addition, Tim Panza. Tim joined our team as a commercial loan officer. We know he is a valuable asset to our team with his years of commercial lending experience.

Get to know Tim below!

Getting to Know Tim Panza

“I grew up in Phoenix, Arizona, and then after high school, I joined the Marine Corps. I spent four years in the Marine Corps deployed after 9/11 out to the region, spent some time in Pakistan, the Horn of Africa. After the Marine Corps, I got out, went to Arizona State, got my degree in finance, met my lovely wife, Kim, there, and we’ve been married 15 years now. Then I moved around a little bit.

I worked for a real estate development company called Desert Mountain Properties. At that point, I really had a passion for real estate, but not so much for corporate accounting, and decided to move into banking. So I had interviewed at a couple of banks and I remember when I went to Wells Fargo, I interviewed there on a Friday and they’re wearing Hawaii shirts and it just seemed like a really good vibe.

So I went there, worked with them in Phoenix, up until ’09, then they moved me from the SBA lending group out to the business banking group in Northern California. I spent eight years there in the Bay Area, working with the bank there, and really specialized in owner-user deals and investor real estate. I always kind of kept that real estate focus with me and then had the opportunity to work strictly in investor real estate as a relationship manager, underwriting, and originating transactions for borrowers. So I did that for about six years.

During that time period, the opportunity arose for me and my wife to move down here to San Diego. And so we jumped on the opportunity. This will be year five in SD next year.

How did you find out about Innovative Capital Corporation?

“I was introduced to Brent about three or four years ago, shortly after I moved down here, and I had a client in my portfolio that he had brought over to Wells Fargo. So we went to breakfast one day and just chatted and stayed in touch over this period of time.

So he’s asked me a couple of times in the past if I ever thought about coming over and immediately I thought about being a broker to provide more lending solutions to my clients. I talked again this past December and I was like, you know what, I think now the conditions are right. It took a little bit of work to get from that meeting up to today, but we got it done.”

What drew you to work at Innovative Capital Corporation?

“I think it’s a variety of factors. There’s a lot of change going on at the bank I was with. And then on top of it all, I had to be financially ready to make this move. So we had to sell our condo in Oakland, which was key to this as well. So there were a variety of factors, but Innovative Capital has a great team. They’re invested in their people. I think the ability to have a full spectrum of lending solutions for clients and bankers that I work with combined with the ability to work nationwide, I think was key for me. So I’m  very excited to be joining the team.”

How has your experience been so far?

“It’s the first week on the job, so I’m still getting things set up. but for the most part, I decided I was just going to start hammering the phones. I was really getting the word out there, talking with a lot of past colleagues.

I had some clients reach out to me as well and just tried to generate some business out of the gate. So that’s what I’ve been doing. I just came back from a lunch meeting with a couple of bankers talking about some potential referrals to bring over to us.”

“I think in general, it’s a great team. I think one of the things that was important to me is integrity. When I talked with Brent back in December, I think there’s a certain persona out there with brokers sometimes where maybe they’re a little bit on the distrustful side and I didn’t get that with Inn Cap.

Getting to know Brent and everybody for the past couple of years, integrity was something that was important to me. So they’re going to put the client first, they’re going to do right by the client and just try to help everybody out there. They’ll really truly be an advisor. So I appreciate that.”

Our team of expert loan officers here at Innovative Capital Corporation is fully prepared to help you find the best rate and term for your needs. Meet our team here.